Isn't it sad, sacchin. Based on the available evidence, this level of reasoning is possible for Corenat Rovarnus. Any last words before a silent hippo dies?

"Stupid foreigner, lets get on with killing him already"

I refuse to participate in such a frivolous matter as killing an esteemed colleague.

However, michael is not an esteemed colleague and i will not treat him as such ...

I say we abstain from killing michael. either he is telling the truth and the vampires will kill him. Or he is lying and we can kill him next turn. Of course having said that the vampires will not kill him since we will do that for them after just one turn. So I guess we have no choice but to kill him. Unless we all agree to follow michael no matter what. That gives us 8/12 odds which I can live with. If we all agree to follow michael he will be dead after one turn if he was the real clanhead. I vote with michael and I believe everyone should.

I would like to argue against the its quan cause he's always switching arguement. If he was a vampire he would know exactly who he wanted to kill. From the beginning he would know all of the vampires and knights. His switching is actual;ly evidence against that state. Or an extremely clever ploy. To clarify I'm voting for Amos. He has never changed or questioned his logic. He has no need to. As a vampire he knows who needs to die.

I KNEW HARIS WAS SUICIDAL!

srry but i still vote to kill mykal.... i just can't seem to trust him.... (with his high flying lying quotes)

also amos has always been stubborn... it's his personality, i don't really find that suspicious

(It has been over 24 hours, more then an actual day, let's get past this day phase)

wait in that case i change my vote to micheal... wink wink xD

I change my vote to mike. I dont entirely trust his claim of being the tohno clan head.

looks like michael's dead again. Night round will begin tomorrow, I must write the story. 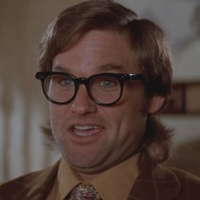 The vote was varied and divided, but at the end it was clear who was the most wanted for execution. Michael, the poor foreigner from Misaki. Even if he somehow managed to escape the the building and his execution, his accusers had considerable clout, being heads of a international conglomerate and a government official. Amos sighed.
“Well, it's about time you ended this crazy charade.”
“Yes, we had a lot of what you guys like to call JK flip flops, but it looks like Michael is still the chosen sacrifice for the day. Let those who have accused him perform the execution.”
Amos and Haris drew modified magnum Sig Sauers with silver infused bullets, Kelvin donned his costume suit, and Nina backed away, a uncapped rapier in her hands. They cornered Michael away from the door to reduce his chances of escaping. It was a slow, deliberate walk, an almost sadistic psychological war tactic.
“I swear, you guys are either making the biggest mistake of your lives or you ARE the vampires. That must be it, you 4 all are the real vampires!”
The two leveled their guns at Michael's head and heart, with dead aim.
“Goodbye, you stupid foreigner.”
“ahh....champagne.....”
“Kelvin, GET OUT OF THE WAY!!”
“Heyy, I've got an ice cold drink right here, just come a bit closer” Michael drawled.
Kelvin swayed back and forth, trying to screen himself with the bulk of the suit.
“Nuuu..I refuse....must resist temptation...”
“You retard, get out of the line of fire.”
“f/uc it, just shoot.”
Just then, Michael's eyes and hair flashed a crimson red.
“HHHGNYAAAAAAA-”
“LOOK OUT!! NINA!!”
He lunged forward over 10 feet towards the gunmen, slamming Amos against the opposite wall. The bystanders of the council rushed to help him.
“DIE, LYING CHEATING VAMPIRE!!” he screamed, charging.
“Powerofpoo, is it the True Ancestor?” Haris yelled and opened fire.
*BLAM* *BLAM* *BLAM* (sorry couldn't embed gunshot sfx

)
Michael sustained several wounds to the torso. Blood spurted from each for several seconds then stopped mysteriously.
“YOU B- !!!!”
Haris unloaded the full magazine on him, hitting two thirds of the time. It wasn't enough. The pillar was bodily flung into the mass of the others, disabling them for another few precious seconds. Michael flipped around to see Kelvin in a pitiful huddled mass, hands over his head in the suit.
“And this, this is for calling me a crackhead, YOU STUPID DRUNK ASIAN!!!”
He kicked Kelvin into a corner and pointed a single hand, palm up towards him. The rest could only watch in horror as crimson red flames spontaneously rocketed from Michael's arm, bathing kelvin in flame. He was being incinerated, cooked inside his own armor like a zergling futilely hacking away at a Firebat.
“That's enough.”
A calm voice echoed through the hall. All eyes were centered on the lone figure who had appeared almost out of nowhere. Even Michael turned around and paused.
I clasped a Vesper 114, an wave motion version of the Jackal Pistol.
“If you are having so much trouble eliminating a single man, I will gladly oblige despite whether your decision is in error.”
“Wh-”

Michael dropped dead onto the floor, a smoking craterlike hole between his eyes. He was the Head of the Tohno Clan. Grief stricken and shocked that they had killed one of their most important members, the knights retreated to their homes for the night to cool down. The heat haze and emotions must have distorted their judgment, hopefully tomorrow would prove to be a better day.

I expect PMs from the Vampires, the Alchemist, and the Burial Agent. Let's value our lives next time, people.

Whoa....in my last moments I was so 1337....this game is awesome, even though I died.
Ahem, back to role playing. My final wishes:
If you are reading this, it is because I am dead.
I own very few worldly possessions. When I am gone I wish for all of them to be sold and the money used to fund my own cremation. My cremation should be done as soon as possible, to prevent the unlikely event of Reanimation.
I have a family back in America. I wish for them to be under the impression that I was killed in a car accident, so please make it appear to them I was.
I have no relations with any persons other than my immediate family. My final wish is for whoever is reading this and carrying it out to forget about it. Its for your own good.

Tohno shiki is not a real tohno ... he is a nanaya and when he gets all angry. ... its the demon blood from the nanaya clan

You forget about akiha she is tohno. Also that there are others besides her that have demonic blood in there veins.

Nanaya clans abilities are psychic ability of pure eyes which mainly lets them lets them tell the difference between a supernatural beign and a human, and refinement of there bodies to do things normaly impossible like run across a wall.

@nullset12 wrote:Tohno shiki is not a real tohno ... he is a nanaya and when he gets all angry. ... its the demon blood from the nanaya clan

............ note that michael was the tohno house head, akiha is the head......... plus he doesn't get red hair but akiha does, note that the story wayne included michael having crimson vermilion red hair

Dammit ... i thought his insane fighting prowess was cause of nanaya blood.

the conversations that happen while people wait for the evil baddies (read: AMOS) submit their kills.

You really dont like amos in this game do you?

The vampires have got to hurry up come on.

hey for all we know one or two of us could already be dead.

lolz, I find the fact that the tohno head has died first both times quite amusing.

Also amusing the one who killed te last tohno head (me) is a tohno head this round.

Well lets see . . . . Michael claimed (well he was but talking about that point in time) that he was the tohno head and that everyone should work with him and the alchemist should keep protecting him and that everything will be fine and dandy.

Trying to put yourself in a place of invulnerability with this much attention is kind of suspicious. (Selfish too but w/e).

yes on the other hand, the alchemist can only operate in the night round

Post here if you've sent in your pm to CR

Fine I'll just be a ghost that possesses your posts

OOC: Do I see abuse of mod powers?

i think it's michael not wayne..... he's the global mod of this section after all

jesus christ ... this is why i should be a global mod

err..... oops, i meant he's the section mod of this section

Right ok then will do.

Why are you using the game thread as a way to ask for more power?

Good point .... jesus vampires ... how long does it take to vote on who to kill?

Similar topics
» This game sure can be adamant about wanting players to take certain weapons
» Luck O' the Bearish Instant Win Game
» The wish game
» Outcry. The shimmering game
» What Would You Like In A New Tex Murphy Game?