This just broke the record for longest single post ever on the forum.
CounterLike Revision 1.06
The game that changed the face of Google Buzz, the competitive post liking concept!

--REGULATIONS--
The Goal of this game is to like as many legit posts as possible in mocking respect for those who made them.
Legit posts: Any status message with an independent phrase or sentence that indicates or (in special cases) implies that the person is afk or not online. Because you wouldn't be online if you were really sleeping, so we have no choice but to assume that you can control your computer or phone in your sleep or while eating dinner or playing sports.
1st place and runner-ups are determined by the total score(legit Posts liked) and how fast they got it in a 24 hour period.
Timestamps: In order to reprimand the recent knife KSings(kill stealings), players are required to make a comment on the liked post stating what time they got it and in what order they think they got it in(1st place, etc.)

--JARGON--
Sniper/Camper Kill: Liking a post when your opponents are offline or are otherwise incapable of getting on buzz.Usually done late at night.
Missing a shot: Liking an NPC post that isn't legit. u seriously fail if you do this.
Land Mine: Manipulating opponent(s) into liking a post which deliberately fulfills the kill criteria. The most humiliating kill.
Knife Kill: liking a post in a matter of minutes or seconds faster than other players, and they didn't see the post until you told them to their face(s). At least one opponent must be on for this to be valid.
HeadShot: like a post that is just asking for it(ie. "sleep" or "not here") first.
If you think you've performed a combo, just list the combo name instead of the moves, unless someone invalidates it.
The Shrimp: When you are the first one to come across a legit post, but get confused about its legitimacy and get beaten to the kill. gj Cameron

--COMBOS--
(Ok, since sandow is going a bit antidisestablishmentarian about this, I'm thinking, JUST THINKING, of just letting you post whatever you want for the combo finisher)
Rickb00t3d, A most terrifying single action combo.
Commands: Headshot + Knife Kill on a single post.
Combo Finisher: Post a rick roll in your timestamp(to mark what time you liked it) comment.

Suggestions? Comments? Please like this post if you have acknowledged the 'rules' and are going to play.
Current Players: Ieyasu Tokugawa, Cameron Rhode, Sandy Sinai

1.01 umm dunno lol
Started including a list of players with every repost.

1.02 April 30, 2010
Created the first combo, rickbooted and changed the name of grenades to land mines.

1.03 May 1, 2010
Partitioned the rules into clear defined sections and implemented the timestamp system to improve fairness.
Also added the Ninja of Irony combo and the Hall of Shame. 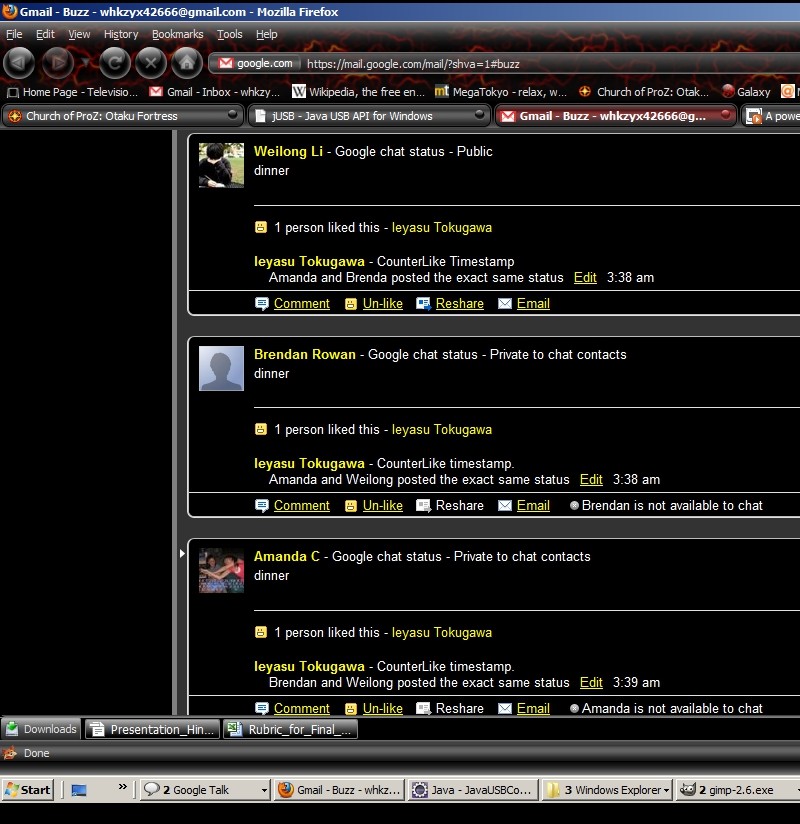 seriously they must all be having dinner together or something