Out of sheer boredom, I have decided to write a guide. This is a guide for starters. Meant for the latest version: 1.22

A: Your standard poke. Spammable, but weak. For most characters, the range is pretty short with the longest being Lancer's or Caster's.

B: The mid-power button in the middle. Generally used to start the combos. Typically has longer range than C.

C: "High-powered" attack. Can be used to start combos, but the range is shorter than B. Unlike A and B though, it cannot be side-stepped.

D: The side-step or tech button. On standing, the side-step button moves clockwise if you're left on the screen and counter-clockwise if you're on the right side of the screen. 2D moves in the opposite direction. This is useful for setting up a wall combo by placing your character in the right position. D is also the button for "teching," where if you are on the ground and need to get up, it gets you up quickly or if you are in the air and need to get out of an invalid combo. If you think they're going to do an invalid ground punish, D.

A+B: The master-servant switch. Use for all unless Ilya is your master.

B+C: Grab. Used for people who are turtling. Cannot grab people while they are in hit stun or in block string. The only range grab is Caster. 4(A+B) is close, 5(A+B) is mid, and 6 (A+B) is far for Caster's grab.

A+B+C: Command Seal. Costs one bar of mana. While standing, it gives your servant command seal boost. If enemy is near the servant during command seal, he will be knocked away. The special ultimate can be used during command seal provided you have enough mana. All command seals boost attack and have increased health regeneration for servant. Others have special powers. Activation can be canceled if you are attacked. When under attack or block string when you're the servant, it teleports servant away and switches to master, unless your master is Ilya, which only teleports servant further away. When you're master under attack or in block string, it switches servant and gives you a free knockback on the enemy (no damage though). In special circumstances, it misses.

Glitch: If you have Ilya as servant and your enemy command seals, spam your command seal button to get FREE activation as long as you have at least 1 bar of mana.

2 or 8 (B+C): While your opponent is on the ground, you can execute a ground punish. 2 generally has shorter range and lower damage, but is faster and has less lag frames. 8 generally has more range and power, but the enemy can punish you if they tech.

236 (A+B): Why switch out normally when you can do so in style? This costs 1 bar of mana, but many times it's worth it. You can either use it at the end of most combos to switch out, or use it while enemy is not blocking. It is almost instant in terms of execution and has good range, but you lose a bar of mana if they block. If comboed into 236(A+B), the attack does more damage, Weird huh? Infinite: Sakura and Gilgamesh are the only characters that if the enemy is close to a wall you can hit them with another 236(A+B). Not so infinite since you can only get like max 4 with Sakura/Gil, but it's great.

236D: Only for Soichiro and Saber. For Soichiro, it is known as the D-charge and can be followed by A, B, or C. For Saber, you must be in activation. It is a roll dodge that can move behind your opponent and you cannot be hit during the roll.

Air D: Rin only. If used, it slows her decent. Again, mostly trolling.

Jumping: 7,8,9 to jump. For many characters, 44 or 66 in the air constitute an air jump. Cannot block in the air. Lag frames for air specials can be canceled if you perform a special attack on the ground (eg Archer air 236A lag can be canceled by ground 236C)

Stun: Some attacks stun, leaving you with a few options. Some attacks are unblockable if the enemy is stun, which is indicated by lightning from your attack. If you happen to grab them during stun, you perform a stun grab which deals 2k+ damage usually, except for Sakura who doesn't have one and Kirei. Other attacks allow you to loop the same attack due to increased hit stun such as Saber's, Hasan's, and Saber Alt's 4C loop.

Healing: All servants get white bars after taking damage. When you have your master out, your health regenerates until it reaches all of the white bar. Command seal activation also heals you. Shiro is the only master who also has a white bar for healing, but heals at a slower rate than servants. Dark Sakura can also heal with A or B during a 214B grab, with grab, or with switchout attack.

Wallslam: All characters have some attack that is capable of wallslamming the enemy. Upon wallslam, the enemy takes 500 damage and is open to continued comboing. Wallslams do 600 damage with command seal on (the wall has suddenly become deadlier).

Proration: This basically means that as you get more hits in your combo, each successive hit does less damage.

Okay, combos are unique for each character but the general starter is 5B 6B. 5C 6B and 2B 6B may also be used in some cases. Many combos can also be ended with a tagout attack. Note that 5A and 2A can be used before to start, but remember proration decreases damage as your hits increase.

All right that's pretty much it. Anything I missed? If you guys like this, I might make more, but there is a forum for Crucis stuff already. 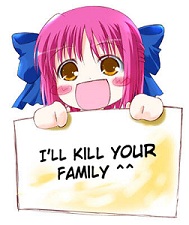 The ilya free command seal is not a glitch, it is intentional for her character. C is not a high powered attack, it does roughly the same damage as B for most characters but is slower, its specifically meant to catch side stepping.

Bazett also has a D-charge, but please don't include 236D in this guide, it belongs in character specific topics, since only some characters have a 236D move and its different for each one.
You also forgot to add, since this is a 'starter' guide, that stun has a limited time indicated by a yellow bar on the side as well as activation.

236(A+B) tagout can also be used after a wallslam or unsuspecting techers if you don't have any other or character specific technique to use.

Oh right, hotkeys, unless you have a dedicated gaming pad or joystick(lol) or something like that, you're going to need these if you want to do anything(grab switch activation punish) because most keyboards won't register 2 or 3 keys being pressed at once which is what grabbing and such involves. The configuration is pretty simple, just bind two buttons to the same key as well as their own, it basically does it for you if you press those buttons at the bottom of the controls menu. I recommend the hotkeys be right above your normal attack keys(A B C D) for ergonomic purposes. For most people this will either be zxcv or fdsa, I really don't get why you people use fdsa when it wasn't originally intended.

Are we going to make character guides nao too?

Only if you guys really want them.

fdsa is for the real proz

Im a noob so ill just ask directly,do you people really play with diagonal keys(7,9,1,3),cuz ohwell i tried to use them and it was soo uncomfortable that i couldnt even press them fast enough.

We don't actually play using the diagonals. It's actually probably difficult to pull any combos off doing it that way. We just use the numbers to designate combos

A weary, haggard old man in tattered clothing wanders out of the tropical forest, hardly believing what he sees.

Tears begin to stream down his grimy, wrinkled face.

"After all these years, I- I thought I was alone! The only one left in this dark, forsaken place..."

He raises his arms in a welcoming gesture and cries out:

"I'm s- so happy you're here! Please, stay as long as you want! Just don't...don't ever leave me like that again!"

Yeah the diagonals are just for reference to help understand the key flow for something like Down, to Down and Left, to just Left. That's for keyboards, if you're using a game pad or joystick you can go through the motions with just one finger. It's the equivalent of the QCF (quarter circle forward) type notation.