Ok so I am bored out of my mind so I feel like making this, and yes you could make connections in this to fsn, you could also make connections to advance wars and especially fire emblem, it should be along the same line of stuff:

Battle:
Main point: You make your character based on the character making rules and then you or you and a team battle it out against other people or try to achieve an objective or the like.

General Gameplay:
Your character has some attributes about him/her based on the things you pick, (an example could be like heavy armor gives a better defense rating).
- All attacks do at least one unless there is some special effect (magic or poison or something like that) causing it to be zero or even negative (gives health). pretty much you can get chipped even in the best generic armor.
-Your character is made on a base template and then a point buy system for additional features.
-It will be turn by turn play obviously.
-I will provide a map if I can find a easy to edit map making program.

Specific rules: I am posting what I have made, the rest comes after.
Character making:
Name:
Gender:
Race:Pick from: Human, Dwarf, Troll, Orc, Elf, Half-elf, demi-god (celestial or demonic), lizard person, half-dragon. - most of these don't do anything, I will specify later on any that do.

Fighting style.
Straight Martial (Juggernaut, Assassin, Sniper, the like)
Mix of Magic and Martial (Archer from fsn, Gilgamesh (kinda)) *Saber is more martial with magical weapons instead of being inherently magical, or I could be wrong, if this is the case just say so. And I mean her original existence not the mana copy.
Straight Magic (Artillery Cannon, God blaster, master caster, the like)

Armor type:
none: best for straight casting, allows to use magic without interference, provides no defense bonus
light: A good armor for casting while giving a minor defense bonus
medium: Medium in all respects, very good armor for magic martial mix
heavy: Gives great defense but interferes with casting.
REALLY HEAVY: Best defense out of all armors, interferes greatly with casting and in addition makes you slower.
*Interfered casting will be explained later.

Magic only users can not use weapons, they have their spell text (scroll, notebook, tome, some medieval book like thing) in order to cast spells.

Martial x Magic users must have a free hand to use when casting their spell, they can sheathe their weapon or only use 1 1 handed weapon, I don't care, as long as they have a free arm.

Dual wielding - Gives you a -4 penalty but if you deal 2 weapons worth of damage if you win the clash, and if you lose a clash you get to round up when counting for damage percent (I talk about this later on).

Spell interference: the level of interference in a piece of armor is how many more turns it will take to cast the spell.
none: 0 SI
light: 1 SI
medium: 2 SI
heavy: 3 SI
REALLY HEAVY: 5 SI

ok so how combat works:
basically the idea is to have the advantage in the fight, yes you are able to roll for critical damage and for very small dodge and miss change, but for the most part you will hit (I mean like 90% of the time).

When a player attacks another player they calculate the clash bonuses, if the attacker has a higher attack bonus, he hits the opponent with his attack and damage and whatever are calculated. If the attackers bonus is lower then the defenders he can roll a d6, he adds the number to his score, if he has a higher score after the roll he deals damage divided by the number he rolled.

This is the basics lots of fine tuning has to done, and also the points for the point buy system.

To get a stat point up it costs one point.

Abilities and powers cost points based on their cost.

Martial Abilities:
Focused Attack - pass a turn without getting attacked, the first attack you use with in the next 3 turns gets a +2 to the clash score. 2 points
Disarm - obvious
Trip - Obvious
Instant Kill* - Make an attempt the fatally injure the target, must be have the martial only fighter style to get this ability.

Ok those are the prototype special abilities THEY WILL CHANGE, GUARANTEED.

Anyways CW stands for casting wait, the amount of time you must wait before the spell can be used.

When casting you have a -5 to clash score.

If hit when casting you lose the spell and take the damage as normal.

Magic x Martial:
Magical Parry - 10 points - if you win as the defender in a clash by at least 3 you are able to negate any damage that would be done. Heavy melee can still deal damage to you.

Magical ability:
I think I can pass out now so I am going to go sleep.

Yes yes it is, and I wasn't a cheap skate by making multiple separate posts, alot more editing to be done.

what's fsn? and can you really make computer games darkgenesis? 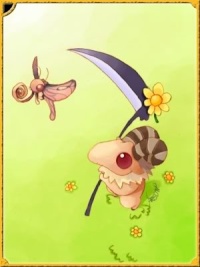 uhhh, no, and you should ask Corenat Rovarnus about fsn.

not even close to done yet.
but ok if you want that stuff I can give it to you.

how many points will the equipment cost?

depends i havnt gone into equipment yet, none of your equips will be basic you will have stuff like a sword of infernal fire , and something basic like this would have to be able to make minions our of flame.

better yet, post your ideas for your gear i can rate how much they will cost.

Gun that doesn't allow me to miss with unlimited ammo (I summon bullets or some powerofpoo which may require me to put more into magic attribute), generic armor

over 9000 for the gun, the armor will be worth nill and give no protection, heavier armors can have more buff on them for less, say some powerofpoo like Crusite Alloy or something and it give a resistance or some bull

I'd like to join, but please finish everything up.

oh okey dokes, btw this is kind like a mix of fsn servant esque and dnd and generic rpg style.

Yes, you are allowed to keep your spells secret if you apply through other means, I will just be the judge to make sure you don't do anything illegal.

Here is the following i need in your application:
Name
Race
Background: (it'd be nice if you have one, but you don't have to)
any special items
gear

and type (if you have some idea of a type that is beyond those 3 just tell me).

magic spells need a CW - casting wait, a name, an effect, they can have special things added on them, like charging: when you cast the spell for more then the casting wait and it causes bonus benefits.

martial abilities - just apply them, they can be weapon specific.

You will not just plainly start out fighting each other

Background: ex-cop from a mildly magical line, however Vale showed little aptitude as a child

Special Items: Sniper rifle that I have enchanted so that is accurate to 2cm at 1000 yards, shoots once a round.

gearset approved,
my version of your spell
Generate ammo - CW: 1 - Charging: you can keep casting this spell consecutively, it makes 10x bullets where x is the amount of time spent casting. The bullets are minor magic creations and will last up to a day.

By the way, just because your gun is accurate does not at all mean that it hits every time, you still have to aim, and they can attempt to just block the shot or dodge it.

Ok dude finish the magic section I want to make an informed decision for class choice.

I decided that because I want it to be very very very customizable that you suggest what you want instead.

yeah, but that shouldn't be a problem WHEN MY PREY ARE RUNNING IN PHEAR OF MY UNLIMITED AMMO AND CAN GET A HEART/ HEAD SHOT FROM HALF A MILE AWAY

-.- you are facing, magical, pro martial art, or a mix of people. They can do a whole bunch of crap, like a knight with some pro armor could just take the brunt of the shot and flick you off.

A mage could go and conjure some amazing barrier, a ninja-esque person might have some uber dodge ability that he can use.

yeah, I need melee, can I have twin Short swords, Think KnB only mundane, and less epic

no go, not because of the weapons, but because of the skill it takes to dual wield, if you are a gunner type, you can have a rambo style army knife which is like a foot long.

kk, I'm good with one shortsword so long as I can block with it

more like a parry, you can't really block larger weapons with anything smaller then a bastard sword, longswords and below can usually at best parry or slide the weapon.

Ok i got Lu Bu

Look him up on wikipedia xD

well I can dodge too, their mostly there so that if u close with me, I'm NOT totally screwed over

ok, try to think of your character in a way that they have a focus,

ex: larrys char would be a pro sniper that can do all kinds of shooting stuffs

gilgamesh is focused on summoning and shooting weapons.

seans guy is focused on superior flying i guess? and great melee power.

I am pretty sure my guy is rider cause of his beast horse.

But hes beast at everything including archery

yeah thats still rider, it would be much more convenient if you made your character, I don't care if its what lu-bu is, but I can't really judge his stats and shiz.


I don't have time though.... i nominate wayne to make it

wayne, make him fal as punishment for not doing it himself

just find time, also larry, all you are going to have is a gun, and the power to make bullets?

no, I also have two shortswords
and its a really good gun

you kinda need to mke stats for it, like what its combat advantage as a gun is

Yes it is and now locked